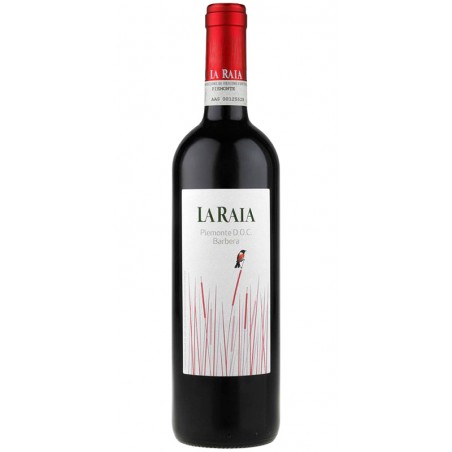 In the palate it’s a red wine full, harmonic and warm, with a pleasant with savory finish

Its simplicity and immediacy make it the perfect match for every meal. It is excellent with meat sauces, roasts and medium aged cheese.

We recommend that you enjoy this wine at one temperature between 18° and 20° C.

The typical red wine from Piedmont. It has the right balance between freshness and acidity.

Soil dedicated to Barbera’s farming is marly and calcareous, it extends at approximately 380 meters above sea level, south positioned. The vineyards, which are only raised with the Guyot method as per the Piedmont ancient tradition, have a density of 4500 vines per hectare, aged 15 years old. The operations in the vineyards are in line with the farm’s philosophy thus the biodynamic principles; no use of chemical products is foreseen.

The Barbera grapes have been cultivated in Piedmont since medieval times. When grapes are healthy and perfectly ripe, they have a high sugar rate and a good acidity that is typical of the Barbera vine.

The vintage happens between the end of September and the beginning of October.

Grapes are handpicked and put in crates to be brought into the cellar. After that the grapes are destemmed and pressed thus, the must begin its fermentation with natural lees and on the skin. The following day pumpovers start to extract color and aroma.

The alcoholic fermentation continues slowly for 15 days. Then racking takes place, separation of the liquid from the skins. The wine is kept at a temperature of 20° C for about one month, to favour the malolactic fermentation. After some decanting necessary to make the product clearer, the wine is refined in stainless steel tanks. 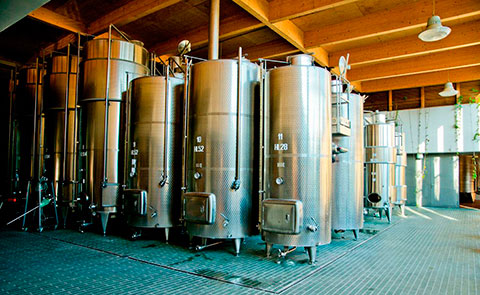 Its simplicity and immediacy make it the perfect match for every meal. It is excellent with meat sauces, roasts and medium aged cheese.
Best served: between 18° and 20° C. 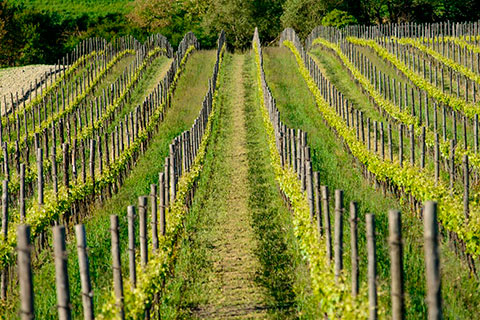 At our farm we follow the biodynamic approach, not only dispensing with fertilizers, pesticides and herbicides, but also using the soil and its vital resources in a careful and responsible way.

The traditional agriculture uses fertilizers, instead: plants are nourished with soluble food which roots absorb passively, thus vines lose their identity and the relationship with the soil therefore uniform all flavours and characteristics of their fruits. Biodynamic treatments are a way of harmonizing the farm and the universe’s creative rhythm. 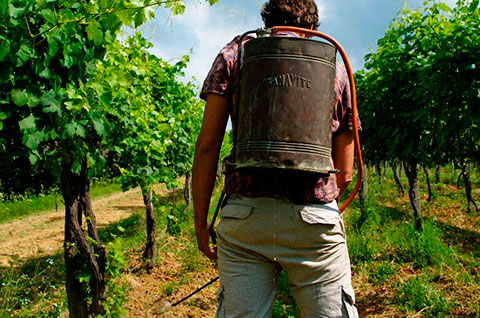 At our vineyard we use two spray preparations, the horn manure and the horn silica, which influence the dynamics of the vegetal growth, improving the quality of our grapes and crops. Both preparations are mixed up in water for one hour just before use.

The blending starts by spinning in one direction, creating a deep whirlpool in the barriques. The direction is then changed and blending continues until a new whirlpool is created. Mixing up small doses of material in large quantities of water is called “dynamization”.

Biodynamic farm with Demeter certified since 2007. It is one of the 47 wine certified companies in Italy.

For over half a century the international Demeter trademark has been granting the correct implementation of the biodynamic principles to cultivations and food productions all over the world. Controls on the conformity to such principles and to the provided procedures are constant.

In particular, as far as wine is concerned, Demeter certification attests not only the quality of grapes, but also of all the processes of winemaking and of the winery itself. The commitment to the respect for nature goes thus throughout the entire productive process, to deliver to consumers a biodynamic wine, peculiar expression of the terroir and exclusive product of nature’s will. 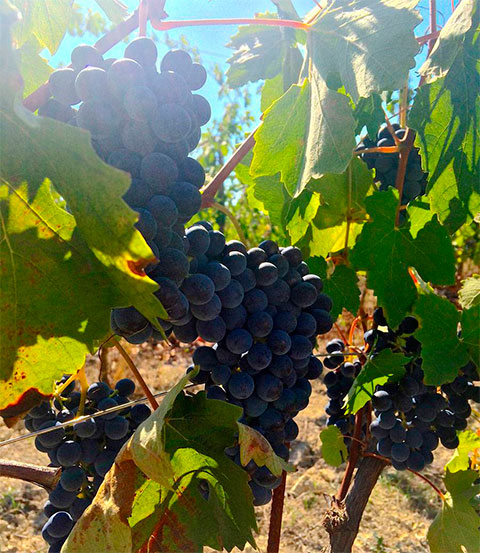 Barbera is a dark-skinned wine grape variety found in several Italian wine regions, including its native Piedmont, Emilia-Romagna, Puglia, Campania and even the island regions, Sicily and Sardinia. At the turn of the 21st Century, it was Italy's third most-commonly planted red wine grape, after Sangiovese and Montepulciano. Barbera grapes are used both in blended wines and varietals – the latter are becoming increasingly common as Italy continues its move towards varietal labeling.

Barbera (like so many Italian wine grape varieties) has ancient origins, although it has only been traceably documented since the 17th Century. It was first cited in an official document in 1798, by Count Giuseppe Nuvolone-Pergamo of Scandaluzzo, deputy director of the Società Agraria di Torino (Agrarian Society of Turin). The count is credited with creating the first definitive list of Piedmont's wine grape varieties. Barbera-based wines were well regarded even then, for their rustic-yet-generous character. They were a favorite among Savoyard army officers, who considered the wine a "sincere companion", which helped them maintain their courage in battle.

When young, most Barbera wines have a bright-red cherry character, distinguished from Nebbiolo (which often overshadows Barbera) by softer tannins and a certain roundness. When matured in barrel and allowed to age in bottle for a few years, this turns to a denser, sour-cherry note. A warm, Merlot-like plumminess is also commonly detectable, although the variety is more closely related to Mourvedre than Merlot. When overheated, a Barbera vine will produce comparatively flat, dull wines with notes of baked prunes and raisins, while its trademark cherry flavors turn towards kirsch.

Barbera reaches its zenith in Piedmont (see Barbera d'Asti and Barbera d'Alba), where the vine performs best on well-drained, limestone-rich slopes with a warm southerly aspect.

chat Comments (0)
No customer reviews for the moment.

Broad Beans in bag with 400grs 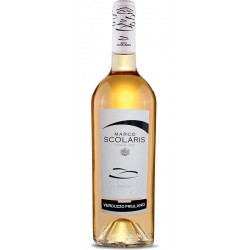 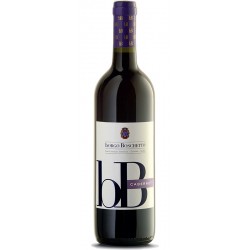 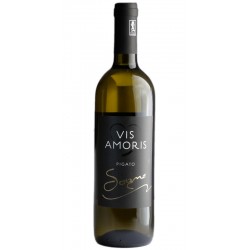 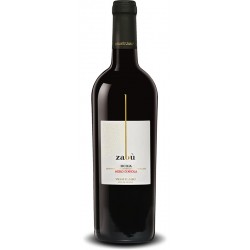 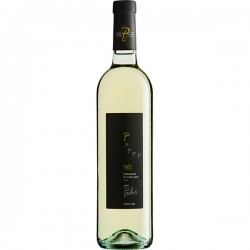 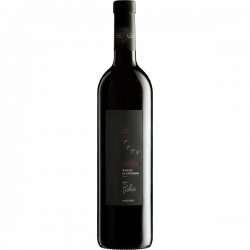 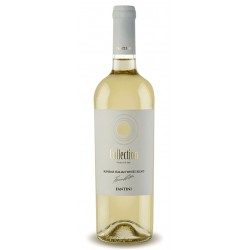 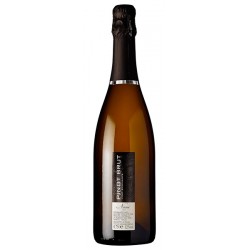